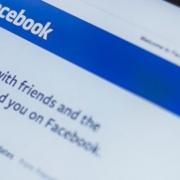 Facebook is no longer the most popular social media platform for US teens. According to a recent survey by Pew Research Center, only 51% of US teens aged 13 to 17 years are using Facebook. This is much lower than the shares for US teenage Snapchat users (69%), Instagram users (72%), and YouTube users (85%).

The current youth demographic group favors visually appealing posts. As a result, teens prefer platforms like Instagram and Snapchat that allow them to beautify their photos and instantly share them with their friends. This is unlike Facebook where users can only upload, share, read, and like curated posts, which is deemed “uncool” by teenagers.

Youngsters are known to be highly expressive, but this is impossible to do if they’re friends with their mom, dad, or other adults on social media. Snapchat and Instagram solve this by allowing teens to control who’s able to see their posts. What’s more, Snapchat and Instagram stories allow users to send time-limited messages. Unlike regular Instagram posts, Instagram stories allow users to share images or videos on their app immediately. These images and videos will then be removed from the platform after 24 hours, similar to how Snapchat works.

These two features mean users can upload more “adult-oriented” posts without worrying that their parents will see them. Users can also get peace of mind knowing their uploaded photos or videos will be removed from the app after a period of time (usually 24 hours).

The next steps for SMB marketing

It’s crucial for small- and medium-sized businesses (SMBs) that have a limited marketing budget to understand which platforms reach which demographics. For example, SMBs targeting customers aged 13 to 17 years should rethink their marketing strategies if they’ve invested mainly in Facebook ads. They should consider reallocating their advertising funds to Snapchat, Instagram, or YouTube where their target customers are most active.

This doesn’t mean companies that have invested in Facebook marketing won’t see any more benefits. The survey discovered that 70% of US teens from lower-income households use Facebook, a much higher figure than those from middle income families or wealthy families.

But if you do decide to move your Facebook ad spending to other platforms, keep in mind the different preferences based on gender. More girls (42%) identified Snapchat as their go-to platform compared with boys (29%). On the other hand, more boys (39%) identified YouTube as the platform they used most frequently compared with girls (25%).

It is highly recommended that businesses of any size use more than one type of marketing channel to attract customers. Not only will your company’s search engine rankings increase naturally, but having more than one approach can also help you reach more of your target demographics and compete better with similar companies. We help SMBs make the best of their marketing funds by tailoring marketing strategies that reach the most teenagers, so if you’re interested in social media marketing, send us a message today. Facebook might be the biggest name in social media, but that doesn’t mean it’s the only one. Since there isn’t a one-size-fits-all platform, there are trendier options such as Instagram and Snapchat, with a burgeoning millennial base to choose from. With that in mind, it’s essential for business owners to understand the pros and cons of each platform before settling on one.

Facebook
According to the 2017 Wasp Barcode State of Small Business Report, Facebook is the most utilized social media of all the options. Out of the survey’s 1,100+ respondents, 68 percent used Facebook as an integral part of their marketing strategy, with LinkedIn coming in second at 39 percent.

One of the contributing factors to Facebook’s popularity is the fact that it’s currently approaching a total of 2 billion personal users, making it the first place companies go to when they want to increase their brand awareness. Other marketing-specific reasons businesses choose Facebook are social media referral traffic, terrific conversion rates for e-commerce traffic, and a huge impact on user purchasing decisions.

YouTube
YouTube is considered an undervalued social media resource for two main reasons. Firstly, although it’s the second-largest search engine on the internet, it still looms in the giant shadow of its rival Google Search. But when properly utilized, YouTube allows you to create channels for your products or services to be discovered by users, with little more than search optimizations.

Secondly, Google actually owns YouTube, and videos are reportedly 50 times more likely to appear on the first page of search results than other organic content. Keep in mind that video production quality is more important than ever, so your content needs to be well-produced in order to make an impact.

Google+
Engagement and content on sharing might pale in comparison to Facebook, but an active Google+ page measurably contributes to the Google search ranking of your website — just another way you can ensure your site’s position on the first page of Google results should be done. Also, Google+ has hundreds of millions of users and some of the platform’s features — such as live Hangouts — can be utilized to share content across all Google channels, including YouTube.

Snapchat and Instagram
If your target audience is on the younger end of the scale, Snapchat is the way to go. The important thing to keep in mind when you want to connect with 18-24 year olds is to always be fun and creative. Your content doesn’t need to be overly-polished or corporate. Currently, there are over 100 million active users on Snapchat.

As for Instagram, it boasts over 400 million monthly users as well as a more well-rounded user base in terms of age and geography. The content on Instagram should look more professional and more artistic, and there’s an added benefit of direct integration with Facebook every time you post a new picture or video.

Yelp
Review sites might not be the purest form of social media, but Yelp is another great way to connect with users and respond to (hopefully positive) feedback. If you’re concerned about the controversy and negativity that have arisen from Yelp reviews, the Yelp team is known for helping businesses improve their online status and rise above the harsh comments.

If you still have questions about social media platforms and how to utilize them to your advantage, feel free to contact us today! You know social media marketing can be valuable for your business but, simply put, you just don’t have the time for it. And besides, you’re no social media expert, so the whole process itself can be unnecessarily long as you try and figure out what’s most effective. But what if there was a way you could spend less time on social media while producing more results. Sounds good, right? These 10 tools may be able to help you do just that.

Let’s face it, most small business owners are not experts at writing compelling headlines. Thankfully, there are several social media tools that can help you get it right. Here are two of them.

When you’re generating new blogs, marketing messages and other content on a regular basis, sometimes the creative juices run dry. This is where these three tools can come in handy.

Perhaps the most difficult part of social media marketing is the management aspect of it. These tools will help you be more efficient with your time and create maximum impact.

What many consider the bane of social media marketing, finding affordable images and videos on a weekly basis can be both frustrating and costly. These two tools will hopefully make your efforts a bit easier. If you’re not considering YouTube for your business’s marketing strategy, you’re truly missing out on one of the most powerful marketing platforms out there. YouTube gives you the opportunity to establish your business’s unique brand and personality through video. If you’re just starting out on YouTube marketing and don’t have a specific strategy in mind, check out these tips to create great videos and attract more viewers.

Keep it short and simple

Most people have short attention spans and won’t watch videos that are longer than a couple of minutes unless they’re really interested. This means lengthy videos might not perform as well as you might hope, since viewers are likely to be turned off completely. There’s no fixed formula here, but the idea is to create videos that convey your intended message within five minutes at most. If you have the need for longer videos, simply split them into small segments – this is another great way to keep your visitors hooked and make them want to come back for more.

Use humor in your videos

Have you ever wondered why the funny videos on YouTube earn so many hits in such a short time? That’s because people love humor. We all like a good laugh. There are several YouTube channels out there that have had huge success by injecting humor into their videos. You don’t have to make your audience fall on their backs laughing – just flashing a little sense of humor will do the trick.

With the vast number of amateur and low-quality videos that come up on YouTube’s search results, you need to go the extra mile and make your video stand out from the competition. It’s worth investing in a high-quality video camera if you’re serious about YouTube marketing. Each of your videos should contain helpful and engaging content. And before posting it live, make sure to ask for a second or third pair of eyes to go through it again. This way you can take out the fluff and polish the videos so they’re appealing to viewers.

When it comes to YouTube marketing, this is perhaps the most important thing to keep in mind. Make sure you include relevant keywords in the title, so your viewers know what to expect to see in your video. The general rule of thumb is to keep it clear and concise, since long titles will be truncated in YouTube’s search results. Another thing is to refrain from using misleading titles that trick people into watching your video. Not only will your viewers hit the close button right away, this cheap trick will also have a negative impact on your video’s ranking.

YouTube videos have a high chance of ranking well in Google, being the search engine giant’s subsidiary and following similar search algorithms. But this is no excuse to skimp on marketing. There are many ways to promote your videos to your specific target audience. Using relevant keywords and descriptions may help with organic traffic, but there’s also paid options like Google AdWords and Facebook Ads that will help you earn more exposure for your videos.

YouTube is a great tool to generate traffic and interact with your customers online. But do keep in mind that no matter how great your videos are, they won’t get seen if you don’t promote them well enough. If you want to learn how to maximize your YouTube marketing campaigns, get in touch with our experts today.