The Worldwide Developers Conference (WWDC) has developers meeting and joining discussions with more than a thousand engineers from Apple. What new products did the computer manufacturer have in store for consumers? Read on to find out!

Apple has focused on improving the operating system’s performance so that iPads and iPhones become more responsive and work faster. The good news is that older devices that can still run iOS 11 will be compatible with iOS 12.

Developers tweaked the software to make apps launch quicker, especially the keyboard and camera. The latest version of iOS is designed to optimize its system when it is under load, so that Apple products run faster when the user demands higher performance.

Fresh features aimed at impressing consumers include the Memoji, an Animoji that users can customize to their preferences. Group Facetime supports video conferences of up to 32 individuals, and these fun tweaks can be used in both Facetime via the Effects camera and in Messages.

Apple’s signature digital assistant can now answer queries about motorsports, food, and famous people. There is a new Shortcuts feature integrated in the Workflow app, which allows users to automate various tasks in first- and third-party apps, to be triggered through Siri voice commands.

Both Shortcuts and suggestions by Siri appear on the Lock screen, and third-party Shortcuts integration will let Siri do more when the user pulls the Lock screen down to search. A dedicated Shortcuts app will be available later this year to give users a quick way to build Shortcuts from dozens of preset options.

An alternative to Google Photos

The iOS Photos app may be useful to Apple product users, but it may seem too basic for some. Once iOS 12 is released however, a clever Photos app will showcase most of the features that Google Photos has.

The Search feature has been improved – users can look for images based on general terms such as “park” or even business names, and multiple terms can be searched (such as images from Africa during a particular month). All pictures will be arranged by place and time in case the user wants to perform searches with those variables.

A new tab labeled “For you” will contain the auto-generated albums which Photos makes, and is sorted with any shared albums. Speaking of sharing, the enhanced Photos app will proactively advise users on what images to share according to who is in the pictures.

Apple’s upcoming WatchOS 5 will introduce users to new ways of connecting to the world while staying active. It may not be a radical revision for the wearable device, but the apps and features it provides will be more helpful and fun for the user.

The highlight of WatchOS 5 is the Walkie-Talkie app, an innovative method of communicating by combining the natural flow of messaging with real-time voice discussions. Just like the conventional product that the app is based on, users simply press and hold down a virtual Talk button to converse with friends and family.

Hiking and Yoga have been added to the list of workout types, while users can keep track of their Outdoor Runs more effectively with support for cadence, the custom pace alert, and the rolling mile pace. Automatic workout detection will make sure that the Apple Watch will always stop or start recording user activity while exercising. This feature works with Open Water Swim, Pool Swim, Rower, Elliptical, Indoor Walk, Outdoor Walk, Indoor Run, and Outdoor Run.

To get users motivated to work up a sweat, WatchOS 5 has a Competition feature that allows friends and family to challenge each other in a contest to see who can get the most activity points within a week. The watches will post regular progress reports to let contestants know how they are doing, and the winner will get a special award.

These updates can change at any time, and will be released by Fall this year. If you need more information on making use of Apple devices and software, or if you have other computer-related concerns, feel free to contact us today! 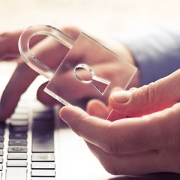 Leave no room for hackers to operate

Get IT Support that works
Hide & Seek malware: What you need to know